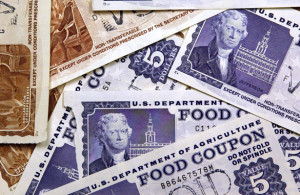 I’ve noted here many times, several times, too many times, how much I dislike Koans.  I’m no fan of the enigmatic.  I just don’t like sitting with ambiguity.  I like rules I can follow and consequences that make sense.  I don’t like no win situations or having to choose the lesser of two evils.

My life’s latest visit to the Sphinx posed a riddle given me by my brother.  For those of you following this saga, he is still homeless.  And since I found him on the streets a few months ago he has done a very decent job of keeping in touch with me.  No small feat given that he doesn’t have money or a phone or a job.  But not to lose my point, he is still living on the streets, in and out of shelters.  He breaks up the tedium of his days by panhandling, going through trash outside of stores that sell lottery tickets (apparently it is not unheard of for gamblers to get so caught up in the frenzy of the promise of prosperity that they inadvertently throw away winning scratch tickets – something I cannot imagine or understand – but apparently a lucrative enough endeavor to keep my brother sticking his hands into and rummaging around in public trash containers) and running scams.  As he proudly told me on the phone the other day, he likes to keep himself busy.  At any rate, one of his scams (and let me qualify the point by explaining that I refer to them as scams… Peter refers to them as “odd jobs”) has to do with the fact that he qualifies for and receives food stamps.  And though I forget the exact number, I was sort of head-jerked-backwards astounded when he told me just how much he gets per week.  He called me (from a stranger-passing-by’s phone) to riddle me this…. he said,

Hey Harry, how goes it?  I got this idea, this opportunity, that I thought I’d share with my sister.  I mean, if you’re interested in it.  See, I get food stamps every week and well, sometimes I need cash more than I need food.  I mean, if I’m really hungry I stand outside McDonalds and people going in usually pick me up a meal or a sandwich at least.  Anyway, I was thinking that I could sell you my food stamps for half price.  If you give me cash for them I mean.  What do you think?  I thought it was a pretty sweet deal and food is, well, expensive and why not help out my own family before I make this offer to a stranger?

He had 200 dollars worth of food stamps to sell me.  Because I was too stunned to answer, or even say anything, he clarified for me.  For 100 dollars cash, I could buy 200 dollars worth of groceries.  I was in the hallway at work.  People were passing by, chatting with one another, waving or nodding at me as if I were a completely normal human being and not engaged in this insane conversation and I forgot where I was even heading.  Having not recognized the number, I’d picked up thinking it might be a work call so I was caught off-guard to begin with.  I hadn’t anticipated being asked to be someone’s lifeline on some real-life game of chance television show.  At least that’s what it felt like to me.  I kept hearing that infernal woman shout, “You are the weakest link! Goodbye.”  I asked him to call me later.  In the meantime, I told him I would ponder his proposition.

At various points throughout the day his words popped into my head and I ruminated on his offer.  At once I was thoroughly offended and raged in my own mind about how his playing of the system ruins it, or at least makes it more difficult, for those who really need it.  Other times I recalled trips to the grocery store where I knew I had to make decisions about what I could and couldn’t get based on how much money I did or didn’t have at the time.  Again I was angry.  Currently I am not struggling financially.  But neither am I well-to-do.  Not to mention the fact that the organic, locally-grown groceries I prefer to buy are so much more expensive.  And even when I was struggling, would I have taken Peter up on his invitation?  My mind raced, propelled by anger and righteous indignation.  Here I am working and following the rules.  And what’s he doing?!  He’s the guy people point fingers at when they complain about system abuse.  He’s the one mucking up the works.  What does he need the cash for?  What is he going to spend the money on (as if we all don’t know)?  And then in less angry moments I’d think, if I turn down his proposition, he will undoubtedly find someone who will take the extra hundred dollars worth of groceries he’s dangling behind door number 1.  But will the food stamps go to someone who needs them?  Perhaps it’s a win-win for someone who is struggling, who really needs the help.  And circle back to anger – and why isn’t he using the damn aid for what it is meant for, for FOOD for himself?!  And what if he gets caught doing this?  What if I chose to do it and WE got caught?  Oh wouldn’t that look great splashed across the newspaper: Local Chaplain Arrested For Food Stamp Scam.  Oi.

I mean, clearly I was going to say no to him.  I shouldn’t even have put in the title of this post that it was a conundrum of any kind.  I couldn’t possibly accept his offer and partake in his illicit scheme.  When he called me back later in the day I was irritable at having devoted so much mental energy to his bullshit.  I confronted him immediately asking, “Why don’t you use the food stamps for what they’re meant for?!  You say your rotting teeth and scabs on your arms are from poor nutrition.  Why don’t you buy some actual healthy food with the food stamps?”  Without missing a breath he said, “Well that’s all well and good Hali, but I’m homeless.  I don’t exactly walk the streets with a refrigerator strapped to my back.  What am I going to do with 200 dollars worth of food?  Where the hell am I supposed to keep it?”  Good point I guess.  Touche’.  I sighed, and told him I couldn’t possibly involve myself or collude in his deception and I wished him luck.

He called me a few days later to tell me that I shouldn’t be worried about him, that lots of people were eager to engage in his artifice and everyone got what they needed.  He also told me that he found a 20 dollar winning scratch ticket in his favorite dumpster.  All was right in his world.

As I walked out of the grocery store this week I noticed the garbage can in the parking lot.  A flash of consideration crossed my mind at the notion of having a favorite dumpster, and I breathed in gratitude at my own good fortune that I don’t need to have one.  Even as I’d just spent close to 60 dollars for one bag of produce.

i am. god is. we are. as soon as i write something about me i change, am different, evolving. i am trans. i am a parent. i am a partner. i am a human. i am attempting to live a well-lived life in the spaces in between, beyond definition, fluid, dynamic, omnifarious and always changing. hopefully growing.
View all posts by halitentwo →
This entry was posted in brother's keeper, family of origin. Bookmark the permalink.