It’s amazing to me how thin the veneer is, how easily the shell cracks.  Everybody’s skin is so paper thin it’s a wonder we don’t all walk around oozing all the time.  Or maybe we do and we’re just too busy trying to staunch our own leakage to notice anyone else’s.

A woman on my hockey team looks as hard as nails .  Her long auburn hair is highlighted with just a tad too much magenta.  Her tattoos are beautifully intricate Celtic designs that give her a fierce quality.  She works in the pro shop and I’ve gleaned that she has played hockey on and off most of her life.  Playing in this league is her quote down time, a chance for her to play around and hone skills without being serious or competitive (um, yeah, right, me too).  Anyway, she’s quiet and keeps to herself.  She skates with such grace that we basically stop whatever we’re supposed to be doing and watch her in awe, just enjoying the beauty of her owning the ice.  She is an exquisitely generous player, never hogging the puck, always passing to us and very fair with the opposing players (not at all physical).   But she is not at all friendly.  She seems cold, gruff, even to the point of having an air of surliness about her.  I had the opportunity to talk to her once when I took my skates in to the shop to be sharpened.  She offered to help me and for the first time I noticed how light her voice was.  Still, she didn’t really make eye contact and I assumed she was eye-rollingly irritated to be sharpening my skates (which I felt sure she thought were not even in need of sharpening given the quality of my skating).  I said something, shyly, to this effect and she enthusiastically said, “No way! Don’t you see your own progress?!  You’re getting better every week.”  I smiled, not caring that this was most certainly immensely polite kindness on her part.  Still, she was actually looking at me, talking to me, cheerfully!  I realized that the harshness I’d assumed her to exude was not there.  She said she remembered learning to play as a kid and how her dad would always encourage her and give her pointers.  I was surprised for some reason that her father had encouraged her playing hockey.  When I asked about it she sighed deeply, telling me her father had died a few years ago and how keenly she missed him.  As we chatted, she became more relaxed, smiling more, making eye contact. Obliterating every pre-conceived notion I’d had about her.

It is not the first time I’ve experienced this phenomenon.  The fact that someone else’s hard shell is not at all as it appears.  The hard outside not meant to keep the world out, but to protect the softness within. 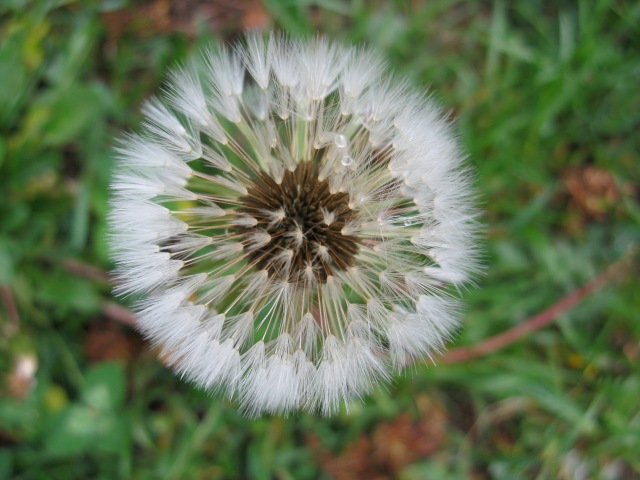 In a very different set of circumstances that I’m not even sure connect to the above (though for some reason I’m compelled to write about here), my own protective shell was cracked and broken with just a few terse words on the phone yesterday.  I’ve been asked to officiate at weddings of more than one couple recently.  As I am a certified chaplain but not an ordained clergy, I am not authorized to perform weddings.  Massachusetts does have a way for lay people to officiate at a wedding (I like to call it queen for the day) once in a year’s time.  But as I’ve been asked to do more than one wedding, I thought I’d look into the possibility of getting authorized.  I’d been told at some point that if I had a letter from the organization where I work confirming my employment and endorsing me as clergy, I could get this specific license.  I called a few places within the government offices here and navigated my way to the proper authority – the secretary of commissions.  I left a message stating my situation and requested a call back.  A few hours later  the woman returned my call.  I could hear, feel and practically see the irritation in her voice when she asked me what I needed.  I started to ask about authorization to perform weddings when she huffily cut me off to ask what it was I wanted from her.  I was startled by her brusqueness and apologized for not being more clear.  I explained who I was, that I am a certified chaplain, and she interrupted me again to basically say, “what’s your point lady!?”  So I tried to cut to the chase (again) by saying that I was looking for authorization to officiate at a legal wedding.  She heaved a great sigh as if I were demanding that she perform some great feat of deep magic (as opposed to simply asking her to do her job) and said (in a tone that clearly said she could not give one shit less about my situation), “Just send in the appropriate paperwork from your ordination packet.”  Still flustered, feeling shamed and as if I’d done something very wrong to this innocent woman, I repeated as meekly as I could that I am certified, but not ordained.  She said, “Then don’t send us anything. You can’t do it.”  I said, “Oh, ok.  But does my certification as a chaplain allow me any clergy status? Is there a way…”  She interrupted again.  “Do you have an ordination packet?!”, she asked sarcastically annunciating each word.  Humbled, I said no.  She sighed again as if I were intentionally the stupidest person alive and said, “Then you are not authorized to perform a wedding.”  I deferentially pressed on, “wondering” as it were, if there might be a way that my certification from a nationally recognized religious organization and working as clergy mightn’t be put toward some other way…. But I was rudely cut off again.  “Is certification the same as ordination?!”, she bellowed.  I said the only thing I could, “No, it isn’t.  Thank you for your time.  Have a nice day.”

What I could have said was, “I’m sorry you seem to be having such a hard day.  I didn’t mean to make it worse.  I hope it gets better.”  What I should have said was, “May I please speak to your supervisor or the person above you?”  What I wanted to say was, “Get your head out of your ass and stop being a douchebag!”

I feel so spiritually weary when dealing with people like this.  Jesus said turn the other cheek.  Pema says breathe out lovingkindness to people who behave this way.   And generally and truly I subscribe to that philosophy.  But come on people!  Sometimes I’m tired of being in the pollyanna role.  I’m tired of being the positive, upbeat, optimistic, hopeful, helpful guy.  Some days I just want to be a miserable son of a bitch too.  I just choose not to be.  Honestly, at the end of the day, I believe how we behave is a choice.  People like this woman on the phone choose to be nasty.  It’s hard to imagine that my being nice or sending her positive loving thoughts did much for either of us.  Though I do wonder how the conversation would have gone if halfway through I simply said, “Sounds like you’re having a bad day sweetie.  Do you need me to come on over there and give you a hug?”  Said with absolutely no sarcasm but a whole lot of openhearted humor.  I may just call her back.

i am. god is. we are. as soon as i write something about me i change, am different, evolving. i am trans. i am a parent. i am a partner. i am a human. i am attempting to live a well-lived life in the spaces in between, beyond definition, fluid, dynamic, omnifarious and always changing. hopefully growing.
View all posts by halitentwo →
This entry was posted in everyday stuff, Uncategorized. Bookmark the permalink.